Advanced Micro Devices, Inc. (NASDAQ: AMD) is a semiconductor company with a mission to accelerate the next generation of high-performance computing. Jerry Sanders III, an electrical engineer who graduated from the University of Illinois at Urbana-Champaign (UIUC), founded AMD in 1969 with seven of his friends from Fairchild Semiconductor [1].

In the early years, AMD was a vertically-integrated company that designed and manufactured microprocessors. However, AMD spun out the manufacturing business into GlobalFoundries in 2009 and focused on developing and selling semiconductors, a practice known as fabless.

The COVID-19 pandemic has accelerated the transition from the analog to the digital world. Anything from working, studying, entertainment, shopping, eating, driving, news, banking, trading, and manufacturing, requires computer devices, internet, and cloud data servers.

AMD strategically positions itself to benefit from the momentum of the digital transition, as the core businesses are at the center of the digital revolution that leads to Artificial Intelligence (AI), the Internet of Things (IoT), and High-Performance Computing (HPC).

Therefore, it becomes an excellent opportunity to explore AMD’s competitive advantage and long-term profitability amid intense rivalry in the semiconductor industry and disruptive innovation:

SWOT Analysis provides a framework to evaluate AMD’s ability to respond to threats and opportunities, explore internal and external capabilities, and analyze its business model’s strengths and weaknesses.

In the CPU market, the AMD Zen 4 leads the race for the 5 nm chip for personal computers (PCs). It is the smallest and most powerful microprocessor with features to lower high-performance computing heat and power consumption. AMD partners with TSMC to bring a 5 nm chip for PCs to production in the second quarter of 2022. However, Intel, AMD’s biggest competitor, is two years behind schedule for 7 nm production due to internal manufacturing delays and will not invest in 5 nm in later years [3].

In the GPU market, the AMD Radeon RX 6000 series competes in the gaming and data center segments to deliver ultra-high frame rates and large memory to process high-definition graphics [4]. However, the key differentiation for AMD is the integration of the CPU and GPU system in the data center application [5]. It is a unique capability as the competitors only specialize in one market and require additional processing for integration.

AMD has become a brand of choice for cloud infrastructure because of its strength in the core microprocessing, graphic cards, and integrated architecture. AMD has a substantial competitive advantage for seamless integration in the data center applications and an open software platform to support applications from multiple environments.

AMD competes in the low and mid-range market with an aggressive pricing strategy and relatively equal performance to competitors. The goal is to increase its affordability, penetrate the market, and compete with Intel and Nvidia in the retail segment. The aggressive pricing strategy appears to pay off and increased CPU market share from 17% to 39% at its peak against Intel [7].

In addition, AMD continues to acquire new clients in the High-Performance Computer (HPC) market. AMD won a contract to supply CPUs and GPUs for the Frontier Supercomputer run by the US Department of Energy and the ARCHER2 Supercomputer in the UK, the top five fastest supercomputers in the world [8].

AMD’s decision to spin off its chip manufacturing increases its profitability and keeps AMD ahead of the competition in producing the latest chip technology. AMD outsources the manufacturing entirely to TSMC and focuses solely on design, research & development, and sales.

Recently, AMD acquired Xilink for $50 billion to tap into the $135 billion markets in adaptive computing, intelligent networking, and AI interface engines. In addition, AMD can expand to wireless communication, aerospace, automotive, and defense market through existing Xilinx’s strategic partnerships with the industries. The M&A strategy helps AMD to grow in critical markets, save R&D costs and time, and acquire existing talents and clients.

In the latest shareholder’s presentation, AMD plans to tap $79 billion in Total Addressable Market (TAM) from all three market segments [5]. It is a small market compared to the $600 billion semiconductor industry, AMD’s market capitalization of $173 billion as of April 5, 2022, and annual revenue of $16.4 billion.

AMD has a small presence in the growing segment of wireless connectivity, smartphone, tablet, and wearable markets. Apple, Samsung, and Google have already dominated the mobile market by developing their chips, operating systems, and devices. AMD is behind Qualcomm as a chip supplier in the wireless and mobile segment.

AMD’s operating margin is the lowest among the semiconductor producers. The Central Processing Unit (CPU) still dominates AMD’s core sales due to operating margin similarity with Intel. The rest of the business units have not contributed significantly to the overall revenue.

However, AMD and Broadcom’s stock price is well priced compared to the average market capitalization/revenue ratio. Intel and Qualcomm stocks price are undervalued, while Nvidia stock is highly overvalued due to the popularity of cryptocurrency mining.

AMD is highly dependent on its third-party chip manufacturing foundry, TMSC. AMD sells as many chips as the foundry can produce, but chip manufacturing increasingly struggles to meet demand due to high demand, material shortage, and geopolitical tension. Most of AMD’s competitors use the same foundry, which increases their bargaining power and can lead to cost increases and prioritization delays.

AMD needs to secure additional production capacity as TMSC cannot keep up with the demand after Apple becomes the largest TMSC customer. However, AMD is looking into outsourcing its GPU and APU production to Samsung after a significant investment in the 3 nm node production [9].

2.5. Diversified Products, but Not a Market Leader

AMD’s pricing strategy has been aggressive and operating in the mid to low range market to gain market share against Intel and Nvidia. AMD should promote the pricing/performance ratio and explore the price skimming strategy popularized by Apple. It allows the company to set a high price at launch and gradually reduce it until a new product hits the market. At the same time, it acquires new customers from early, medium-term, and late adopters.

AMD has a substantial brand value in the young population, especially in the gaming and consoles segment. AMD establishes partnerships with influential gaming brands like Sony and Microsoft, with exposure to 500 million gamers on their consoles in a 2.5 billion gamers market worldwide [11].

The company has doubled its market share in high-end desktops and laptops for gaming and content creators due to its flexibility and compatibility with other parts from different brands. So, The customers can replace the particular unit and do not have to replace the entire PC for an upgrade, which is the total opposite of Apple’s products.

AMD’s threat is mainly coming from the external environment. Therefore, Porter’s Five Forces Framework will provide a strategic position in the semiconductor industry and explore the sustained competitive advantage and long-term profitability.

AMD is an agile technology company that quickly captures the game-changing trend early and responds to capture the opportunity swiftly. However, the competition is very intense and capital-intensive because of rapid technological innovation. AMD needs to remain agile in good and bad economic conditions, as any misstep can be costly.

The critical aspect to maintaining agility in an intense industry is rapid innovation and differentiation. AMD’s competitors can bring a lower pricing strategy by building an economy of scale to increase the market share. However, AMD can maintain a high barrier of entry by investing smartly in R&D, building capabilities in the growing segment, and lowering costs by streamlining the supply chain and sales.

4.2. Bargaining Power of Supplier is High

Many semiconductor companies run a fabless strategy by outsourcing the manufacturing of their products to foundries. The chip manufacturers have a high bargaining position that reduces the operating margin and have the power to negotiate higher prices due to the limited number of foundries with advanced technology.

The best strategy to lower the bargaining power of suppliers is to diversify suppliers and build an efficient supply chain. In addition, developing products that allow substitutions from another vendor reduce dependency on a single supplier. Lastly, creating a dedicated supplier that is highly dependent on AMD’s order can help lower suppliers’ bargaining power and increase margin for AMD.

4.3. Bargaining Power of Buyers is High

Buyers always want the best quality at the lowest price. It puts pressure on AMD’s operating margin and overall profitability in the long run. The best strategy to lower the bargaining power of the buyers is to launch new innovative products rapidly. Hence, buyers have the chance to buy discounted older products, and AMD can tap the early adopter market for the latest products ahead of its competitors. In addition, developing a large customer base in multiple market segments will help AMD increase its bargaining power and streamline its sales and marketing.

4.4. Threat of Substitutes is High

AMD is not a market leader in CPU and GPU segments because of the high substitution of its products from Intel and Nvidia. The industry profitability suffers when the products meet similar customer needs and do not offer differentiation. Instead of penetrating the same market by providing an aggressive pricing strategy, AMD should increase the switching cost to its competitors, provide integration and differentiation, and become more service-oriented rather than product sales.

The rivalry among competitors like Intel and Nvidia is intense, eroding profitability but driving innovation for better-quality products. The best strategy is to not compete in a small market but to increase the market size by collaborating with the competitors. The demand growth in smart cities, autonomous driving, and consumer electronics create opportunities for semiconductors to increase the market size.

Using the SWOT Analysis and Porter’s Five Forces Framework, AMD can gain a big picture of the opportunities and risks that impact the company’s profitability. AMD can also recognize its strength and weaknesses to achieve a sustained competitive advantage in an intense industry rivalry.

In summary, AMD is an innovative company that rapidly develops new products, has a strong relationship with third-party manufacturing to be ahead of its competitor, and serves in multiple growing segments. However, AMD has weaknesses in operating margins and competes in an intense market.

The best solution is to implement a price skimming strategy and expanding the market size. The stock is well priced among its competitors, but AMD needs to improve its operating margin by offering more differentiation and services. 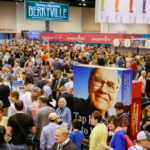