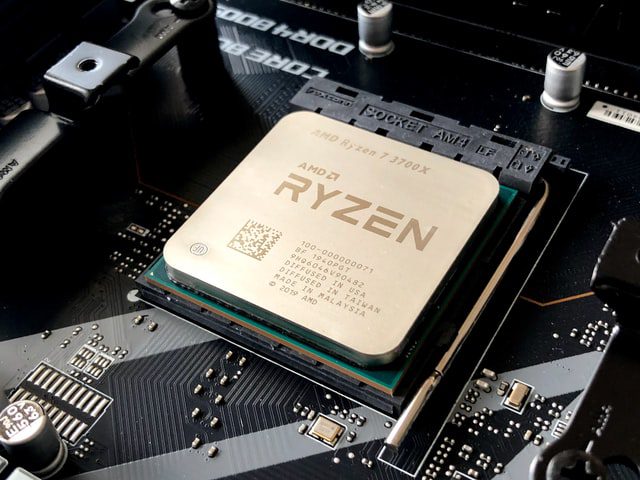 AMD’s Q3 forecast is projected around$2.55 Billion more than the revenue target of $2.3 Billion, according to Bloomberg News. AMD stock price rallies more than 10% today after hours. 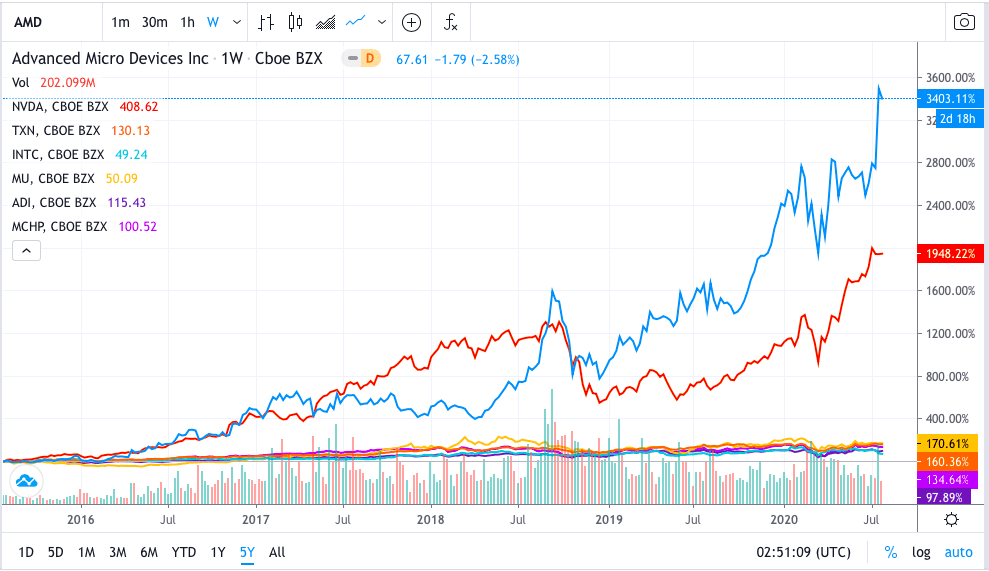 AMD and NVIDIA are the clear winner in the semiconductor industry based on 5 years of stock return performance. Their growth is fuelled by the rise of bitcoins and video games. AMD’s stock has a 3,403% return over 5 years, followed by NVIDIA at 1,948%, Micron Technology at 170%, Texas Instruments at 160%, and Intel at 70%.

Intel is still the largest semiconductor producer in the world by market capitalization. Still, their future is in question when they announced that their manufacturing process would be delayed for about a year due to defect issues.

AMD has a strategic partnership with Taiwan Semiconductor Manufacturing, which enables AMD to take advantage of the advances made by TSMC in the manufacturing process.

Even Intel has a plan to start outsourcing the manufacturing process to TSMC. AMD used to be the smallest player in the field with major domination for the Intel chip and processor in the market.

Even though Intel’s market capitalization is still 14x bigger, AMD has made significant product lines, especially in personal computers, server chips, and gaming.

AMD forecasts a 32% growth in revenue in 2020 by targeting double-digit market share growth in the server market. AMD’s reason to target the server market is that the server is the key infrastructure for computer networks and the internet, which is the most growing market segment. 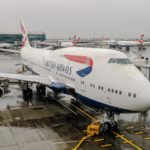 Boeing Will End The Production of The Iconic 747 Series