Twitter – The social media platform has enjoyed strong growth during the pandemic and US election. The advertising revenue is increasing by 14% in the third quarter, supported by increased user engagements. Despite strong growth, the platform was to blame for the US Capitol riots during the election due to misinformation allegations.

Lyft – The company struggles during the pandemic due to a lack of diversification into other growing segments like food delivery. The company slowly diversifies its service offerings, but it receives strong competition from DoorDash and Uber. The basis of competition will be in pricing, which will severely impact its bottom-line.

Cisco – The revenue fell 5% in 2020 due to a decline in hardware sales, reduced IT upgrades, pandemic, and market share loss in China. Cisco is the largest manufacturer of network switches and routers with a strong market presence in software and network security.

Coca-Cola – The beverage giant suffers a decline in sales during the pandemic after government restricts large gatherings and big events. It will negatively impact its earnings in 2020.

GM – The stock jumped 22% last month after announcing a significant milestone toward the electric mobility future. The company launched a new business segment called BrightDrop to develop an integrated ecosystem for electric vehicles that include cargo vans and electric pellets.

Uber – The company is shifting its business from ride-sharing into the delivery app. Uber recently acquired Drizly, an alcohol delivery service, for $1.1 billion in cash and stocks. The platform supports thousands of merchants in over 1,400 cities.

PepsiCo – The pandemic has reshaped PepsiCo’s business after significantly increasing sales in the food segment. The beverage volume is also strong, with less outside home purchase. The company is on track for 5% organic sales growth throughout 2020 and plans for more brand acquisition in 2021. The food and beverage company also plans for more stock buybacks and dividend increases.

AstraZeneca – The company has received emergency approval for its coronavirus vaccine in the UK, India, and the US in the upcoming months. The trials show that its vaccine has high effectiveness on-par with Pfizer and Moderna. On top of it, the company also generates significant sales from the cancer treatment drug like Imfinzi, Lynparza, and Tagrisso.

Restaurant Brands International – The company is the holding company for the well-known fast-food chain like Tim Hortons, Burger King, and Popeyes. The company plans for a major expansion in product offerings, China locations, and domestic markets. The stock is offering a 3.32% dividend yield despite the pandemic.

Kraft Heinz – The stock has lost its value by 56% since the merger in 2015, while the S&P 500 index gained 82%. The Securities and Exchange Commission (SEC) launched an investigation over its questionable accounting practices in 2019. The poor stock performance was also influenced by the consumer behavior’s shift towards healthier options and lack of product development as the management focused on cost-cutting.

Disney – The entertainment giant will take significant earnings hit from the pandemic. The earnings video streaming services failed to offset the loss from the theme parks, resorts, film studios, and cruise lines. The company invested heavily into the brick-and-mortar businesses just before the pandemic. The operating income dropped 45% last year to $8.1 billion.

Affirm – The company had a successful IPO this year with a 90% surge in stock price on the first day. The payment platform allows its customers to pay installments in a fixed amount without deferred interest, hidden fees, and penalties. Peloton is its largest merchant partner that contributes 28% of the total revenue.

Enbridge – The stock is offering a 7.5% dividend yield despite the challenging energy market. The company plans for an increase in future cash flow as several pipeline projects near completion.

The official account for Hivelr Business Journal to deliver the latest curated news in business, economics, and investments. Profile
5 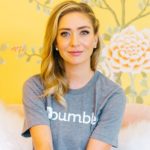