Congratulations to Whitney Wolfe Herd on making the history of becoming one of the youngest and successful female CEO. She took her company public with a 63% surge on the first day of trading and a $13 billion valuation. It was a historic moment for many female entrepreneurs to become the world’s youngest self-made billionaire.

Whitney is a 31 years old entrepreneur with an educational background in international studies. She started her entrepreneurial journey at a young age to begin her clothing line business called Tender Heart. After graduation, she joined Hatch Labs, an incubator for technology start-up companies. She was involved in the early development of the dating app Tinder and eventually became the Vice President of Marketing [1].

In 2014, she founded Bumble (NASDAQ: BMBL), a female-focused dating and networking app that allows women to make the first move. With just over one year, Bumble reached 80 million matches and had over 22 million members. As of 2019, Bumble and Tinder became the most popular dating apps in the US, with combined monthly users of nearly 13 million people.

A private equity firm, The Blackstone Group, acquired the company with a valuation of $3 billion in 2019, while Bumble had 75 million users during that period. As part of the transaction, Whitney was named CEO and owned a 19% stake in the company. As of 2020, Bumble has 100 million across six continents and reached a $13 billion valuations on the IPO day on Feb. 11, 2021 [2].

What differentiate Bumble from others?

According to the founder’s letter, Whitney founded Bumble because she noticed many smart and wonderful women were still waiting for men to ask them out and start the conversation. She discovered the unmet need for women to make the first move because most dating apps are designed to allow males to make the first moves and set the tone.

Today, Bumble has reached 1.5 billion first moves and counting. The company has grown from a dating app into a networking platform. The goal is to empower people from all genders to build connections from the romantic relationship (Bumble Date), friendship (Bumble BFF), to professional networking (Bumble Bizz).

The company has also been working to protect the community from harassment and implicit content by automatically blurring the inappropriate images and suspending suspicious accounts. Whitney set safety as a priority and focused on healthy and meaningful relationships. The company worked with the regulator to pass a law against harassment in Texas.

According to the SEC filing, Bumble generated $488 million in revenue as of Dec. 31, 2019, with an operating income of $93 million, $85 million in net earnings, and $101 million in operating cash flow. Bumble revenue model is based on the premium subscription that allows paid users for more swipes and additional interactions [3].

The company’s revenue grew over 35% compared to last year. Bumble currently has 42 million monthly average users, 2.4 million paying subscribers, 36 billion conversations, 1.7 first moves, and a presence in more than 150 countries. The female-focused dating market is underserved as most dating sites are tailored to men and do not empower women to create a serious relationship.

Bumble has a unique customer value proposition for women looking for healthy, meaningful, and serious relationships. The business model strongly differs from men-focused dating apps, which allow women to set the stage, tone and choose love, life, and work relationships. The strategy allows Bumble to compete with other major players in social media, dating sites, and professional networks.

Whitney Wolfe Herd is a great success story for women entrepreneurs. She is the inspiration for other working moms and young female entrepreneurs to show that nothing is impossible and the gender barrier is no longer an issue to be successful.

Congratulation on setting the record to becoming the youngest self-made female billionaire. What an incredible achievement!

“Have a dream, chase it down, jump over every single hurdle, and run through fire and ice to get there.”

The financial statements on Bumble’s prospectus based on Securities and Exchange Commission filing.

The official account for Hivelr Business Journal to deliver the latest curated news in business, economics, and investments. Profile
16 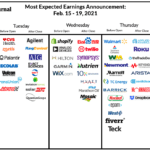