How does the Suez Canal blockage impact the global economy?

Is globalization that is dependent on global shipping a robust model for the world economy?

Global trade is once again experiencing a disruption, but this time it is at the Suez Canal. A massive ship became stuck in the canal on March 23, 2021, carrying thousands of containers due to high winds and a dust storm. The ship, Ever Given, is a 200,000-tonne container vessel that has a length as long as the Empire State Building. The blockage delays hundreds of vessels from both the Middle-East and European sides.

The Egyptian Government and the ship operator are looking into various options to free up the grounded ship, including running an excavator to dig around the ship’s part that became stuck. Other options like unloading the cargo are part of the actions to free up that canal that accounts for 12% of global trade, connecting Europe, Africa, the Middle-East, and Asia.

More than 50 vessels use the Suez Canal every day carrying anything from petroleum, minerals, food, chemicals, consumer products, and electronics. It will cost the global economy about $9.6 billion per day every day the canal shuts down. Ever Given container ship is currently wedged sideways, blocking the entire channel from both sides.

What is the implication of the Suez Canal blockage for global trade and the world economy?

Before the Suez Canal opened in 1869, the cargo vessels will have to travel an extra 6,000 km around Africa from Asia to Europe, which equals seven days of journey time, according to the World Economic Forum. The Suez Canal is 190 km long and 313 meters wide, which only takes 12-16 hours to sail through. Shipowners are now looking for alternatives to avoid the Suez Canal delay as food cargo has a limited shipping life before expiring and becoming damaged goods.

The traditional route of going around Africa will cause more delays and cost more fuel. Many ship operators are likely to wait and hope for the best to get the Ever Given ship unstuck. The alternative route is not feasible as it will take 41 days of extra time compared to the Suez Canal route of only 13 days for a container ship traveling 12 knots from Amsterdam to the Indian Ocean [1].

The officials hope that the blockage will end next week, but it will require a massive operation to break the ship free. Shippers waiting at both ends of the canal will have to make a difficult decision with high costs consequences. For the ships that have not left the port, the decision will be more difficult and costly, including taking the Panama Canal to access the Pacific Ocean or going through the Northern Sea Route controlled by Russia. The Northern Sea Route is becoming more popular due to the melting of ice and global warming.

The COVID-19 pandemic has disrupted the global supply chain, the prolonged blockage at the Suez Canal has made it worst. The European countries will get the biggest impact as more countries rely on the made-in-China products. The economy of scale for shipping drive the decision to build bigger boats to carry multiple loads in a single ship. The bigger the ship and more loads per shipment will result in lower unit cost.

However, the Suez Canal’s current situation put the economy of scale concept for global shipping at risk. All eggs stuck in one cargo ship delay the whole global supply chain, and disrupt economic activities in multiple continents as they are inter-dependent on the cargo shipment. It is time for companies and countries to build contingency plans, including building supply chain hubs and other methods like shipment by air and rail.

People live in a more interconnected world today. Millions of parts made around the globe from multiple manufactures make up a single Airbus A320 passenger jet. The aircraft will not fly with a missing component in any of its specifications. Any disruption in shipping and manufacturing will delay the construction of the plane. The Suez Canal blockage’s ripple effect is powerful and massive because it impacts aircraft manufacturing plus chemical, livestock, electronics, consumer goods, and petroleum for other industries.

The extended blockage will shut manufacturing facilities, kill jobs, and drive up prices due to limited supply with the same demand. Inflation will start to occur and negatively impacting the European currencies. The shipping rate and insurance will likely increase after Ever Green container ship runs aground. The Suez Canal is the main corridor for oil flows from the Middle-East to Europe. A prolonged disruption of oil supply will likely increase the global oil price. If the tragedy happens to Ever Green, it can happen to other mega-container ships.

Is globalization that is dependent on global shipping a robust model for the world economy? 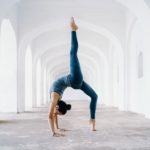