The earnings between November 30 – December 4 will be dominated by the technology companies and Canadian banks.

Zoom is a cloud-based enterprise video communications platform for video, audio, chat, and webinars. It becomes very popular during the pandemic as businesses, schools, and governments use the application to have meetings while working from home.

The platform becomes the go-to video conference tool for lectures, large meetings, and webinars because it is reliable and can host 1000 people. The free version allows up to 100 participants with 40 minutes time restriction.

Zoom has a market capitalization of $126 billion and a revenue of $622 million per year. The revenue and EBITDA have been growing by 118% and 151%, respectively, in the last three years. The company has a significantly high P/E ratio of 607 compared to Google, Microsoft, and Apple of 35.

High market expectations drive the high valuation during the pandemic crisis. The sudden increase in popularity has driven the market’s irrational behavior to flock into the shares when the company is beating the earning estimate.

The previous quarter’s earning momentum drove the P/E valuation to more than 2500 or equal to over 90% gain. The stock was up from $299 to $568 per share in just over three months. The stock dropped to $376 per share two months afterward.

The shares are currently trading at $471 per share. The recent gain from $376 to $471 per share is evidence of earning drift momentum before earning release next week.

Will Zoom have another explosive post earning momentum as the previous quarterly report?

CRM platform captures data from website, phone, email, and social media to learn more about their target audience and design the market strategy to capture the targeted segment.

Siebel Systems first designed CRM in 1993. The founder was Tom Siebel, who graduated from the University of Illinois at Urbana-Champaign. The primary goal of CRM is to integrate and automate sales, marketing, and customer support.

Salesforce has a market capitalization of $225 billion and a revenue of $17 billion per year. The income and EBITDA have been growing by 26% and 51%, respectively, in the last four years. The company has a P/E ratio of 97 and earnings per share of $2.55.

Salesforce is reportedly in the process of acquiring Slack, an enterprise collaboration platform. The valuation has not yet been released, but it is expected to match the mega-merger between IBM and Red Hat. The shares of Slack were up 38% last week when the news became available to the market.

The company will announce the earnings on Tuesday and release the details about the Slack acquisition. Salesforce is expected to earn $0.26 per share.

The company just had its IPO this year with an initial offering price of $100 per share. However, the stock jumped sharply on an opening day, and it closed at $253 per share, making it the largest IPO for a software company.

Warren Buffett was one of the most prominent investors who invested in the company before the IPO, followed by Sequoia Capital. Today, Snowflake has a market capitalization of $90 billion with a revenue of $264 million.

The company is still suffering a loss of $1.24 per share and bleeding cash flow from operations. Today, Snowflake has 3,400 active customers, including Capital One and Adobe. Amazon Web Services, Microsoft Azure, and Google Cloud Platform are some of Snowflake’s biggest competitors.

Major Canadian banks will report earnings for the third-quarter report. Among them are Scotiabank, Bank of Montreal (BMO), Royal Bank of Canada (RBC), TD Bank, and CIBC.

However, the investment banking sector performs well during the pandemic as the stock market had a V-shaped recovery. The fiscal and monetary policies helped to cool down the stock market from a meltdown.

Major Canadian banks operate in both sectors and have a global footprint. They have been performing quite well during the pandemic. The Canadian banking sector is very conservative and has strong fundamentals, making it resilient during any market shocks.

The official account for Hivelr Business Journal to deliver the latest curated news in business, economics, and investments. Profile
8 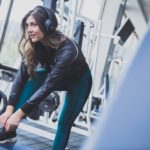