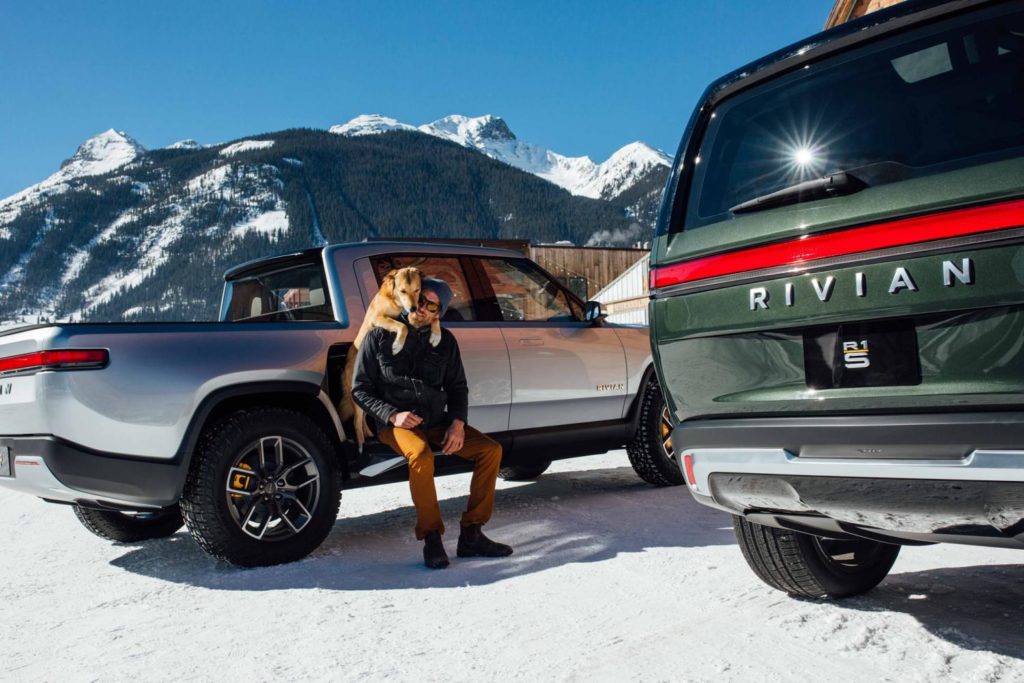 Rivian raises an additional $2.5 Billion to launch the first electric pickup trucks in the market.

Why are all-electric pickup trucks and SUV segments so important?

The demand for pickup trucks and SUV have been increasing as the consumer behaviors changed from using a small car or sedan to more multi-function vehicles that can carry loads and more passengers.

The pickup trucks and SUVs show the highest growth and exceed sedan and small vehicles in the non-electric vehicle segment. Major automakers such as Ford and GM eliminate sedans and focus their portfolios on trucks and SUVs.

Rivian had raised $2.85 Billion investment from Amazon, Ford, and other investors. Their business model focuses on a car battery platform called skateboard, pickup trucks, and SUVs.

Rivian’s skateboard platform (shown above) will be the key source of their competitive advantage because it can be sold to any automakers to be retrofitted with each automaker’s design and brand.

The business model is similar to the Intel chip, which powers most computer brands we know today. Rivian’s growth is not limited to its in-house brand, but it will rely on the overall electric vehicle industry’s growth.

Tesla (NASDAQ: TSLA) announces its Cybertruck, which will directly compete with Rivian’s pickup truck. The design is very futuristic and not as mainstream as Rivian’s.

People will either love it or hate it. This situation gives Rivian an advantage to gain market share in the pickup truck market space.

The big question: who will win the race in the all-electric vehicles? 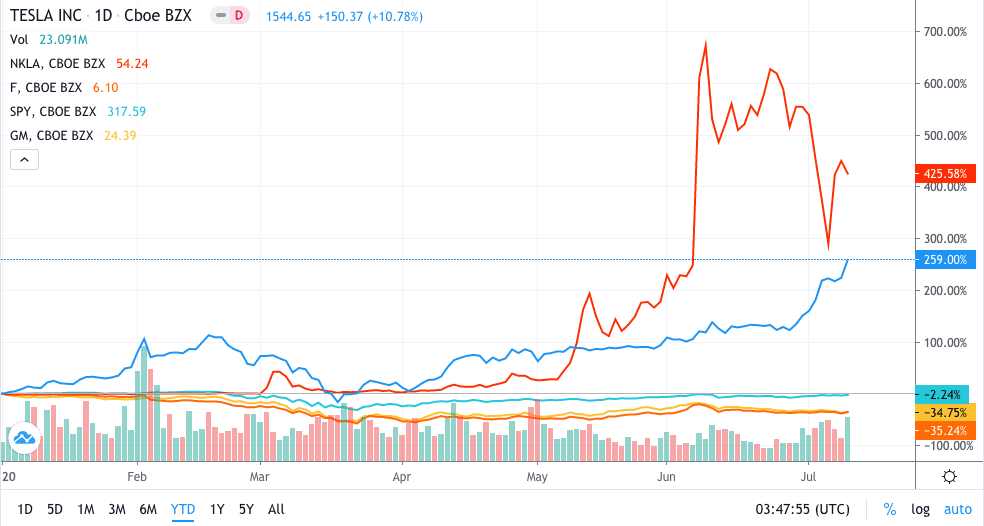 The chart shows the YTD stock return. Nikola did pretty well in its IPO as the stock outperforms all the automakers and S&P 500 Index by a staggering gain of 425.58%.

Despite COVID-19, the market responds well to all-electric vehicles, even though some do not even produce any vehicle. The market believes that the future cash flow will be significant due to the higher demand for environmentally-friendly vehicles.

Ford and GM struggle to maintain their stock return until they transform their business into all-electric vehicles.

The official account for Hivelr Business Journal to deliver the latest curated news in business, economics, and investments. Profile
6 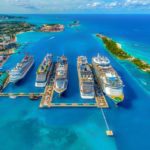