Tesla, Inc. (NASDAQ: TSLA) will enter the S&P 500 index when the stock market opens on Monday, Dec. 21. It will become the largest addition ever to the world’s largest stock benchmark. The electric carmaker reached a $658 billion market capitalization last week. The automaker shares have gone through an explosive rally since the announcement on Nov. 16.

The stock was trading at $408 during that period and reached $695 per share last week. It is equal to a 30% increase over one month. Retail investors’ over-enthusiasm and fear-of-missing-out (FOMO) by first-time traders fuel the phenomenon and bring the stock to an all-time high. Above all, the stimulus checks and work-from-home provide the time plus disposable income to create a massive bull run on the automaker’s shares.

The stock rally creates a unique challenge. S&P Global has to buy the outstanding stocks in an open market on a single trading day. It will create a shortage and drive the price even higher, shifting the overall index’s weight and cause imbalance. Last month, the index manager considered a staggered approach by splitting the stock acquisition on Dec. 14. and Dec. 20 to accommodate the large trading volume.

However, the index manager decided to buy the stocks before the market opens on Dec. 21 after a thorough consultation with the market participants. The market shows enough liquidity to allow the trading [1]. The shares of Tesla have soared more than 700% since the beginning of the year despite the pandemic.

Why is it important?

S&P 500 index represents the Gross Domestic Product (GDP) of the United States. It consists of the top 500 largest companies listed in the US stock exchanges. The index becomes the leading benchmark for individuals, businesses, and governments to measure the US and global economic performance.

The index performance will determine the government’s fiscal and monetary policies to control inflation, stimulate the economy, and manage unemployment. Retail and institutional investors will make an investment decision based on index performance. Every dip in the stock market triggers a rally in the gold, bond, and cryptocurrency market.

The addition of Tesla to the large-cap benchmark is an essential milestone for the electric vehicle industry. It will become the proxy on the US economy and influence the global economy for the first time in history. The climate change movement has revolutionized the auto industry and spurred growth in renewable energy.

Tesla’s performance will directly impact the US GDP as one of the largest members of the S&P 500 by market capitalization. Therefore, it can be a proxy for US economic performance and the global economy. Based on the CNBC report, the S&P 500 index moves 1 point for every $11 Tesla stock movement [2].

The automaker will be the sixth-largest company and fifth-largest weight in the S&P 500 index. The float-adjusted market capitalization for Tesla on Monday’s open is about $527 billion out of $31 trillion total market capitalization. It equals 1.69%. The company ranks between Facebook and Alphabet Class based on the weight.

Telsa inclusion in the large-cap benchmark will replace Apartment Investment and Management (NYSE: AIV) after the property company spinning-off its Apartment Income REIT [3]. The carmaker will be part of the Consumer Discretionary sector that makes up nearly 12% of the US Gross Domestic Product (GDP) or equal to a $2.4 trillion industry.

S&P Global Indices announced Tesla’s addition to the S&P 500 index after the EV maker reported a profit in four consecutive quarters. The announcement to the world’s largest large-cap benchmark has triggered a historic rally.

Robinhood retail investors rushed into Tesla shares after the company reported a profit for four consecutive quarters. The over-excitement has driven the valuation beyond its actual performance. The carmaker is trading at a 1,377 P/E ratio and does not pay any dividend.

Like Apple, Microsoft, and Google, some of the world’s largest companies are trading at a 35 – 38 P/E ratio. In comparison, other automakers such as GM and Toyota’s P/E is ranging from 15 to 18 while Nio, Nikola, Li Auto still have negative P/E.

Tesla is ahead of its competitors in making positive earnings. However, the high P/E ratio indicates over-enthusiasm market behavior towards its valuation. High P/E is possible when 30 years US Treasury Yield drops 50% from 3% to 1.45%. However, the stock price will reverse to fundamental valuation when the yield increases as the economy recovers.

Tesla’s high P/E ratio will increase the volatility of the S&P 500 index. The enthusiasm-induced rally will result in a price reversal when the excitement dissipates, bringing down the overall index. The issue is worsened by the high market capitalization, which will have a heavier weight on the index.

The electric vehicle’s market sentiment is positive as Millenials. The generation is well-educated and environmentally conscious in choosing their mobility. The low oil price does not deter them from buying Tesla cars. However, the competition from Chinese automakers will reduce Tesla’s competitiveness in the global market.

The new law passed by the Trump administration to delist several Chinese companies from the US stock market will help Tesla compete in its home country. Among them are Tesla’s main competitors, like Nio and Li Auto [4].

The S&P 500 index expects to rally after the $900 billion relief package’s announcement [5] plus another round of quantitative easing by the Federal Reserve. However, the mutant virus in the UK may give negative sentiment when the market opens tomorrow.

However, the stock market will undergo a correction as the stimulus reduces and the interest rate increases. An overvalued stock like Tesla will have price reversal towards its fundamental valuation. The price will not go up forever. It will correct itself as the macroeconomic conditions improve and the market’s liquidity seizes up. 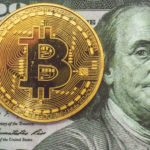