IBM's stock fell 3% after hours as the revenue declines 2.5% for the third consecutive quarter. 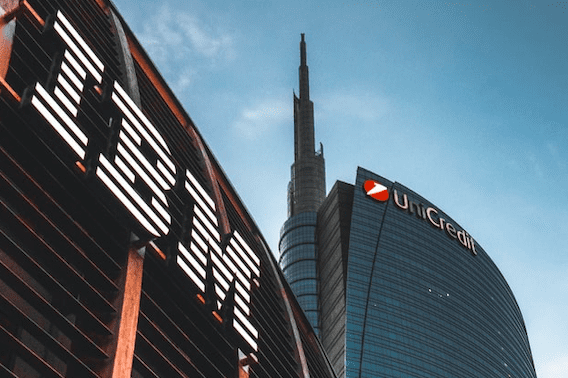 IBM announces the third-quarter earnings today after the market closes. IBM reports $2.58 per share earnings vs. $2.55 per share expectation and $17.56 billion in revenue vs. $17.54 billion.

IBM’s stock fell 3% after hours as the revenue declines 2.5% for the third consecutive quarter on an annualized basis. The declining revenue was present since the previous CEO, Ginni Rometty, took office in 2011. IBM was the 4th largest company in the US in 2011 and ranked 72nd in 2020 when Ginni Rometty stepped down. IBM’s market capitalization drops by nearly half between 2011 and 2020.

The technology giant serves the retails, hotel booking, banking, and transportation sectors. Part of the reason for the revenue decline is the disruption of travel and retail activities during the pandemic.

The newly appointed CEO Arvind Krishna, who earned his Ph.D. from the University of Illinois at Urbana-Champaign, announced a major strategic update to spin-off the Managed Infrastructure Services. Global Technology Services to become a public company called “NewCo.”

Krishna announces that IBM will grow in “mid-single-digit” revenue growth in the medium-term and maintain its dividend. The current dividend yield is 5.17%.

Cloud and Cognitive Software delivers $5.55 billion in revenue while the Global Technology Services business contributes $6.46 billion, the largest revenue contributor. The remaining comes from Global Business Services that contribute $3.97 billion, and the System delivers $1.26 billion.
IBM announces a free cash flow of $1.1 billion, slightly higher from the previous quarter last year. IBM does not issue guidance to investors, but the company announces the acquisition of a Brazilian software company called WDG Automation.

How does the IBM stock perform in the past 5 years? 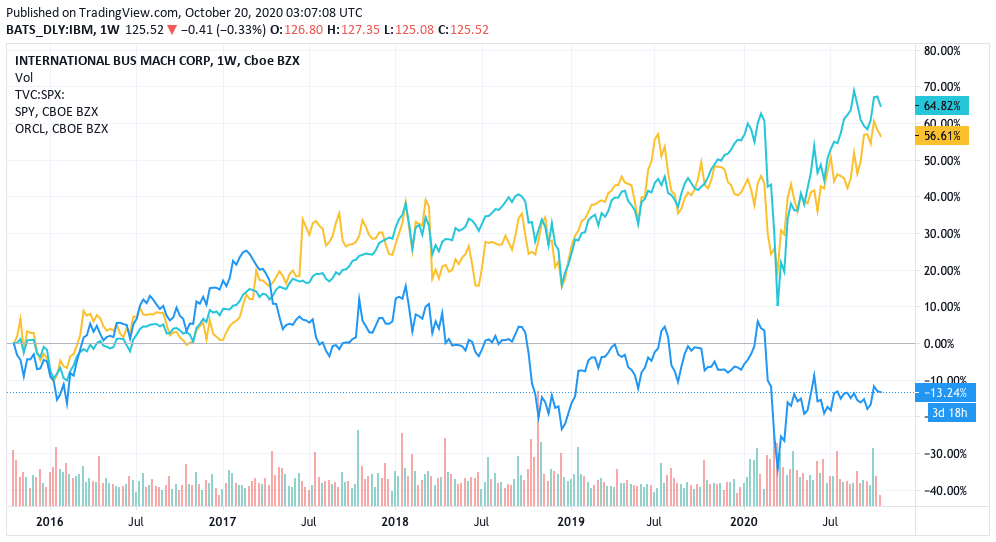 S&P 500 index gains 64%, and Oracle gains 56.61%, while IBM declines -13.34% in the last 5 years. IBM’s stock is on par with the index from 2016 to mid-2017 and shows a steady decline since. IBM is in the process of reinventing its self by putting laser focus into a $1 trillion hybrid-cloud business opportunity. The mega acquisition of Red Hat for $34 billion is the turning point where IBM wants to be.

Photo by Mikita Yo on Unsplash. 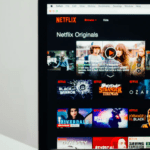 Netflix down 6% due to slower growth, but outlook remains strong