Shopify – The online shopping platform is trading near an all-time high, driven by the strong demand for e-commerce and retail business owners who had to close their stores during the pandemic. The company reported 45% of annual revenue growth year-over-year. The online shopping platform posted a record $5.1 billion of sales during the Black Friday and Cyber Monday Weekend.

Roku – The streaming media hardware company reported strong demand for TV streaming products after a revenue increase of 73%. Roku’s revenue model is based on advertising, which provides less stability compared to a subscription model. However, the company has successfully removed the barrier for new users by showing better user engagements. The company will focus on the advertising engagement strategy on the earnings call this week.

Palantir – The stock jumped more than 300% after its IPO in Oct. 2020. The data mining and big data analytics company reported strong earnings, robust guidance, and new government contracts. Its Gotham Platform is the default operating system for data for CIA, US Military, and FBI, plus other US Government Agencies. It allows seamless integration to support data-driven decisions. After securing a new contract with the US Army, the company reported a significant growth in the Artificial Intelligence market.

Dropbox – The stock jumped nearly 20% last year after the company reported an increasing profit. However, the management announced a layoff of its 315 employees or an 11% workforce reduction. The company is realigning its strategic focus by shifting from consumers into business-oriented services after intense competition from Google and Microsoft.

Twillio – The stock surged nearly 280% throughout 2020 after showing 322% revenue growth over three fiscal years. Twillio is the pioneer in the cloud communication platform-as-a-service industry (CPaaS). The platform allows seamless interaction between businesses and customers through email, video, audio, and text. The company offers services to collect data and create a strategy for targeted advertising.

Walmart – The retail sector showed a strong recovery after Amazon, Target, and Costco reported robust earnings. The market expects Walmart to have similar results supported by strong traffic for in-store and online. The company expects to have strong online sales after acquiring jet.com to offset the losses from the brick-and-mortar stores.

SolarEdge – The solar energy company showed a strong performance in the past few years. The company makes power optimizers and inverters for solar farms. To date, solar provides the lowest cost energy generation among others, and it helps to reduce greenhouse gas emission and the impact on climate change.

Advance Auto Parts – The company anticipates gain from the expansion into online sales and new store expansion. The company reported an increase of stores to 4,969 from 4,877 stores from the previous quarter. The company is also working on its supply chain management to serve consumer needs better and reduce inventory costs.

Occidental – The stock dropped 58% last year and became the second worst-performing stock in the S&P 500 index due to the pandemic’s devastating effect. The shares recover more than 40% so far after the recent oil price rally. The $38 billion acquisition of Anadarko in 2019 has put a lot of pressure on its balance sheet. The company expects to post another quarterly loss.

TC Energy – The pipeline company maintained a generous 5.9% dividend yield while the stock tumbled nearly 10% after Biden Administration canceled Keystone XL pipeline projects. The project was supposed to deliver 800,000 barrels per day of crude oil from Alberta Oil Sands to the US Gulf Refineries. The company expects the recent oil price rally will contribute to its earnings bottom-line.

Newmont – The mining company has one of the world’s largest gold reserves, with total reserves of 94.2 million ounces. With the recent jump in commodity prices, the company expects to report a strong earning and increase its drilling activities to delineate and explore more reserves.

Barrick Gold – The stock price has come down from its 2020 high as gold prices decline from their all-time high of $2,100 per ounce. Gold is facing intense competition from cryptocurrency as the safe-haven and hedge for government currency devaluation and inflation. The gold producer reported an increase in earnings and free cash flow by 80% and 150%, respectively, in the third quarter last year. The company increased its dividend to 12.5%.

Teck – The demand for metallurgical coal for steel making from China has slowed down during the pandemic after the Chinese government shut down the furnaces and sent workers home to contain the virus. The company also expects less revenue from its exposure in Fort Hills Oil Sands Mine in Alberta after shutting down one of its production trains responding to falling oil demand and limited pipeline capacity.

Hilton – The hotel chain showed resilience during the devastating impact of the coronavirus pandemic. The fixed cost of operating a large hotel chain will negatively impact the earnings margin. However, the company expects to offset the loss from increased digital traffic, loyalty program, and expansion strategies.

Marriott – The luxury hotel brand expects to report a loss after suffering a decline in occupancy rate and travel restriction during the pandemic. However, the company expected increased revenue from China after recovering the economy early and containing the virus.

Hyatt – The stock has not yet recovered despite more robust revenue growth than its competitors like Marriott. Hyatt reported faster expansion than its peers, driven by its franchising strategy. The company has a higher operating margin after a series of asset sales and increasing its asset conversion and leasing activities.

Fiverr – A growing number of small businesses and start-ups have driven the demand for freelance and contract workers. The company has successfully developed the platform to bridge the supply and demand of affordable freelance services. The company has a market capitalization of $11.35 billion and showed significant growth from $31 to $323 per share, equal to 940% growth, since its IPO in 2019.

The official account for Hivelr Business Journal to deliver the latest curated news in business, economics, and investments. Profile
6 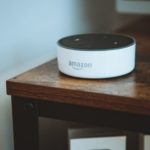