Tesla up 3.2% after showing profit, but the EV market remains competitive

Tesla (NASDAQ: TSLA) is up 3.2% after the company announces the third-quarter earnings after hours.

The electric carmaker exceeds the market expectation on earnings and revenue, plus reports profit for five consecutive quarters.

The table below shows the summary of financial and operational performance:

The earnings per share in the third quarter is up 170% compared to the second quarter. The increased revenue drives the exceptional earnings performance from $6.03 billion to $8.77 billion or equal to 45%. The operating expenses only increase from $940 million to $1.2 billion.

Also, Tesla receives $397 million in regulatory credit during the quarter, nearly double based on the year-over-year performance. Tesla delivers $2.4 billion in operating cash flow, representing a 150% increase from the previous quarter.

Tesla reports $1.4 billion in free cash flow, operating cash flow minus capital expenditure, or an increase of 241% from the previous quarter.

The capital expenditure increases from $0.54 billion to $1 billion or equal to an 85% gain from the previous quarter. Tesla is constructing the new “Gigafactories” in Shanghai, Austin, and Berlin.

The Gigafactory in Shanghai and Berlin will manufacture Model 3 and Model Y, while the US plant will produce Model Y, Cybertruck, Tesla Semi, and Roadster.

The company announces that the Gigafactories will start production next year. Still, because of the manufacturing process’s size and complexity, the plant will start very slowly before they produce at full capacity.

Cybertruck is the highlight of Tesla’s next product line. Elon Musk, Tesla’s CEO,  expects to begin delivering futuristic electric trucks by the end of 2021 if everything goes according to the plan.

The one-of-a-kind electric truck was released in November 2019. The enthusiasm was powerful because Tesla received up to 650,000 pre-orders shortly after the reveal [1].

The total production from the existing factory in California and Shanghai reaches 76% gain from the previous quarter or an increase from 82,272 to 145,036 vehicles. Tesla ramps up its Model S/X production by 169% and Model 3/Y by 69% in the third quarter.

Tesla completed a five-to-one stock split in the third quarter. The company sold $5 billion of its common stock in September and raised $7 billion in new capital to-date in 2020 [2].

Tesla’s rival in the auto industry, such as GM and Ford, only gains 1.4%, -11.4%, respectively. GM is gaining steam in the electric vehicle market by launching a GMC Hummer EV in the third quarter [3].

Nio (NYSE: NIO) and Nikola (NASDAQ: NKLA) are Tesla’s major competition in the electric vehicle market segment. Nio has strong production and market base in China. Nio has gained an impressive 673% gain year-to-date.

China has been the largest electric vehicle manufacturer and consumer in the world. Tesla’s market segment at the luxury level may be more appealing to Chinese consumers due to the middle-income class’s rise.

Nikola had a peak of 670% gain, but the shares drop to 118% gain year-to-date due to scandals. Nikola has been the source of corporate fraud cases lately and getting bad press. The future outlook remains uncertain.

Rivian, on the other side, has gained a lot of momentum to produce electric SUVs and trucks. Amazon has been in partnership with Rivian to produce Amazon’s electric delivery vehicle. Ford is also Rivian’s strategic partner to develop the electric truck of the legendary F-Series.

With Elon Musk’s factor, Tesla will remain the electric vehicle space leader for a while until newcomers with more innovative products, such as autonomous mobility, come to the market.

The world has not yet fully converted to electrical vehicle mobility, which makes the opportunity in the electric vehicle very attractive.

2 Replies to “Tesla up 3.2% after showing profit, but the EV market remains competitive” 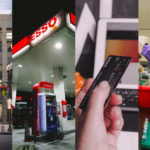 Will big pharma, oil, and financial outperform tech giant in earnings this week?