Tesla will join the S&P 500 index in December

S&P Dow Jones Indices announces that Tesla will join the S&P 500 index on December 21, 2020. The decision is made after the electric carmaker posts positive earnings for the fourth consecutive quarter.

Tesla has a $418 billion market capitalization with a total target vehicle delivery of 514,500 in 2020. The third quarter earning is up 170% compared to the second quarter.

The shares of Tesla gain 413% since the beginning of the year despite the pandemic. The demand for electric vehicles continues to rise as the world is moving into a zero-carbon emission economy. Tesla received nearly $400 million in regulatory credit in the third quarter, nearly doubled on the year-over-year performance.

The company that Tesla is replacing will be announced at a later date. Tesla stock jumped nearly 13% after the S&P Dow Jones Indices made after the closing bell. 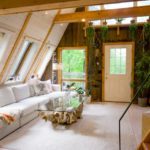