While the market expects one of the largest IPO ever from cryptocurrency exchange platform Coinbase, Tesla’s stock (NASDAQ: TSLA) rallied 8.6% today after Bitcoin hit another record high today; more story below. Meanwhile, the shares of Roblox (NYSE: RBLX) were up 9.4% after announcing a partnership with Hasbro (NASDAQ: HAS) to bring Roblox’s character to life. To start, let’s review the market performance after the US Bureau of Labor Statistics released the March inflation report.

Economy: Based on the US Bureau of Labour Statistics March report, the core inflation increased by 0.3% monthly and 1.6% year-over-year, indicating a robust economic recovery. The core inflation rate is still below the Federal Reserve target of 2%. Meanwhile, the Fed expects to see 6.5% GDP growth this year and plans for no changes to its easy money policy amid a slight increase in inflation.

Oil: The oil price closed at the highest level in a week after OPEC increased its expectation for higher demand and rising fuel prices globally. The US crude stockpile fell by 3.61 million barrels last week, while gasoline inventories rose by 5.57 million barrels, according to American Petroleum Institute.

Gold and Metal: The gold price stays flat despite higher inflation numbers in the US. It shows gold’s popularity as a currency hedge diminishes after the arrival of Bitcoin.

Bitcoin: Bitcoin hit another record high exceeding US$63,382 in anticipation of Coinbase IPO this week. Nasdaq announced that the reference price for Coinbase is $250 per share, which gives the market valuation of $65.3 billion.

Tesla’s stock jumped by 8.6% higher today after Bitcoin hit a record high in anticipation of Coinbase IPO tomorrow. Tesla invested $1.5 billion in Bitcoin with a purchase price of around $44,000, which now is worth $2.16 billion. Also, Tesla will accept Bitcoin payments for its cars.

Moreover, the electric carmaker delivered nearly 185,000 vehicles in the first quarter despite the computer chips shortage, which has caused the automakers like GM and Ford to shut down production. The vehicle delivery is nearly 50% higher than last year and beats the market expectation of 168,000.

The Chinese market also receives the SUV model very well despite intense competition from the local brands and security concerns. Chinese military accused Tesla cars are used for spying in China, but Elon Musk denied the accusation. The strong sales indicate that the demand for electric vehicles remains strong despite a higher price point.

Tesla will announce the first quarter earnings on April 26, 2021, after the market close.

Air Canada – The Canadian government agreed to provide a $5.9 billion aid package through low-interest loans and equity financing. In return, the federal government expects the airline to restore several domestic routes, offer a refund for canceled flights, and provide job security to its employees.

Moderna – The drugmaker confirms that its vaccine is more than 90% effective against the virus after the second shot. Meanwhile, the FDA issued a stop order for Johnson & Johnson’s vaccine production after blood clotting cases appeared.

Stay informed, and stay ahead with Hivelr News - Your go-to source for business, economics, and investment insights. Profile
7 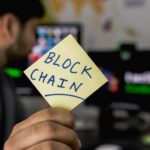