The highlights and trending news:

Read below for full story.

Stock Markets: S&P 500, Dow 30, and Nasdaq show a strong comeback after the bond yield retreats by five basis points for 10-YR Treasury. Nasdaq finishes 162.31 points higher than last Friday, followed by Dow 30 at 103.23 points and S&P 500 at 27.49 points. The technology index broke the two-days losing streak as the market rotates from growth stocks to value stocks has slowed down. Meanwhile, the small-cap index, Russell 2000, drops by 20.70 points despite a strong forecast in the 2021 EPS estimate based on research from Crescat Capital LLC. The forecast shows that the small-cap earnings are 40% higher than the previous high in 2018.

Bond Market: The rise of bond yield has created volatility in the stock market. Rising yields reflect a strong optimism in the future and expectation for higher inflation. However, the 30-YR yield has come down by seven basis points which bring down the discount rate and increase the net present value of stocks. The growth stocks benefit from the lower yield due to the higher growth of future free cash flow. The 10-YR yield also drops by five basis points which disincentives investors to hold cash in a “savings” account. It drives the return of capital into the stock market that provides a higher return with higher risk.

On Tuesday, the Federal Reserve Chairman Jerome Powell and US Treasury Secretary Janet Yellen will make a joint appearance in the US House Financial Services Committee to outline the fiscal and monetary policies on the pandemic’s response. The Fed Chairman stated that the economic recovery had progressed more quickly than anticipated due to significant fiscal and monetary actions that would provide essential support to households and businesses.

Economy: The change in Canada’s Debt-to-GDP ratio hit another record and ranked the highest globally, with up to an 80% increase within a year. A high Debt-to-GDP ratio indicates that the economy that produces and sells goods and services is not sufficient to pay back debts without incurring further debt. A substantial surge occurs in household debt, non-financial corporate debts, and government debt. The Canadian Government debt surged by $60 billion in 7 months after releasing the Canada Emergency Response Benefit (CERB) that provides $1,500 per month for Canadians who lost their jobs due to the COVID-19 pandemic. Besides, Canada’s GDP has dropped at a 38% annualized rate due to significant job losses and capital flight in the oil and gas sectors.

Oil: Canadian oil producers will secure new access to the US Gulf refinery after the $25 billion mega-merger between Canadian Pacific and Kansas City Southern railway. Alberta’s heavy oil producers have been struggling for years to gain market access to the highest concentration of heavy oil refineries in the US Gulf Coast. The effort has been challenged multiple times with a recent executive order from the Biden administration to cancel the Keystone XL pipeline permit. The alternative method to ship heavy oil by rail becomes the next best option despite the higher cost. The effort will lower the gap between Western Canadian Select pricing with the West Texas Intermediate.

Gold: The precious metal price is almost down 9% due to the rise in US Treasury yields, making the non-interest bearing asset like Gold less attractive. Besides, as one of the largest gold buyers globally, the Turkish president made an abrupt decision to fire its Central Bank Governor driving investors towards bond and US dollars and tanking the Turkish Lira by 15%.

Bitcoin: The world’s largest cryptocurrency by market capitalization faces another scrutiny over the high energy use to mine the Bitcoin, which creates a massive carbon footprint that will negatively impact climate change. The Fed Chairman remarked that Bitcoin is too volatile as an instrument to store value and medium of exchange. Bitcoin is a more speculative asset to replace gold rather than for the US dollar.

The Biden administration is putting together a $3 trillion economic plan to boost job creation on infrastructure projects and climate change initiatives. It is the broader economic plan after signing the $1.9 trillion COVID-19 relief package this month. Biden plans to reduce economic inequalities in the same economic plan, including investments in community college, universal prekindergarten, and in-paid leave.

Learning from experience, the current administration plans to push the large infrastructure bill before adding other agendas to gain support from both Democrats and Republicans. The last stimulus package bill did not receive a single vote from the Republicans. The administration also considers splitting the economic recovery initiative into two bills amid solid pushback from Republicans after Biden plans to increase tax for the corporation and wealthy Americans.

The US automakers struggle to keep up the production and shipment of highly profitable pickups amid the global shortage of semiconductors led by the interruption in chip manufacturing across the globe. Ford plans to temporarily shut down the plant in Ohio and reduce the Kentucky plant’s shift until the parts become available. Semiconductors have become an increasingly important part of the automotive industry to brakes, audio systems, power steering, and infotainment system. The rise of electric cars and autonomous driving will increase the demand and create more shortages in the long run.

GameStop has been the source of controversy after a Reddit group called WallStreetBets drove the short squeeze on the stock, driving the hedge funds with a short position out of business. The rise of social media and commission-free trading app Robinhood has fueled irrational behavior in GameStop stock, taking it to unreasonable stock valuation. Despite the recent price decline, GameStop stock continues to gain momentum as many people buy into the stock, hoping the price will hit another record high. The earnings announcement tomorrow will be the new barometer of how the stock will behave. Will the irrational behavior continue? 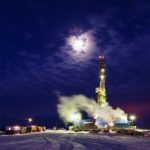