The world’s first Bitcoin Exchange Traded Fund (ETF) began trading in Toronto Stock Exchange (TSX), Canada, on Thursday, Feb. 18, 2021, after receiving the regulatory approval ahead of the United States. The fund charges a 1% management fee and can be held in Canadian tax-free and registered accounts like RRSP, TFSA, or RESP [1].

The Bitcoin ETF, developed by Purpose Investments and approved by the Ontario Securities Commission, is trading under two tickers in Toronto Stock Exchange (TSX):

The main benefit of buying the ETF than directly holding Bitcoin is to provide better liquidity and protection for investors with the risk of losing the password, keys, hard drive, and hacking. The ETF structure allows the fund manager to better track bitcoin price and reduces the premium pricing – every dollar entering the fund will consistently purchase a dollar worth of bitcoin.

Bitcoin will remain volatile and risky, but it provides a hedge or protection against inflation or an economic downturn similar to gold due to its limited supply. Meanwhile, many central banks like the Bank of Canada and the People’s Bank of China develop their own digital currency version [2].

Bitcoin and other private cryptocurrencies will remain one of many asset classes and provides a negative correlation against other financial assets. However, they will not be the dominating legal tender for making payments in the future as a government-issued digital currency will eventually take over.

The second Bitcoin ETF launched today under the symbol of EBIT and managed by Evolve Fund Group Inc. 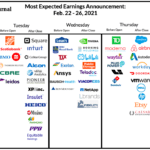