Warren Buffett holds 43 publicly traded stocks through his holding company Berkshire Hathaway. The largest holding is Apple, making up 43% of the entire portfolio. The total portfolio value increased by $22 billion from $271 billion last year to $293 billion.

Buffett refused to invest in technology in the early years due to unpredictable future cash flows, high valuation, and a strong belief in value investing principles. However, he changed his view on technology stocks and bought 5% ownership of Apple in 2018.

The Apple investment has grown from $36 billion to $125 billion and delivers $775 million in dividends every year. Recently, Apple became the first public company to hit a $3 trillion valuation. After success in the technology sector, Buffett acquired 6.1 million shares of Snowflake, a cloud computing company, and a small position in Amazon valued at $1.75 billion.

Traditionally, Buffett builds his fortune from the financial sector and fuels his investment portfolio using the “float” – money held by insurance companies that have yet been paid to clients. Banks, credit cards, insurance companies make up another half of Buffett’s stock portfolio, with a total holding more than $92 billion.

Buffett holds more than 1 billion shares of Bank of America, the second-largest holding in the portfolio. The investment accumulated a 40% return from last year and is currently worth $42.8 billion. The bank expects to achieve higher revenue as the Federal Reserve plans for interest rate hikes in 2022.

The third-largest holding in the portfolio is American Express, a global payment and credit card company. Digital transactions expanded during the COVID-19 outbreak and will continue post-pandemic. Buffett’s holding in American Express stocks has grown 39% over the last year, from $18 billion to $25 billion.

In an interview, Buffett advised his family members to invest 90% of their fortune in the low-cost S&P 500 index fund and 10% in Treasury Bills. The data shows that the index fund has outperformed the rest of the investment classes in the last century. Buffett holds more than $34 million in the S&P 500 ETFs in the current portfolio, including Vanguard S&P 500 ETF and SPDR S&P 500 ETF.

Buffett added a significant position on Kroger, the largest supermarket chain in the US. Kroger is growing in the digital market channel, advertising platform, and successfully maneuvering supply chain issues. The position increased from 33 million to more than 61 million shares, valued at $2.5 billion.

Buffett sold nearly all of his holdings in Wells Fargo after the bank was found guilty of the fraudulence charges to create millions of savings and checking accounts without the consent of its customers. Buffett sold 98% of the stock, bringing the position from $52 billion to only $657 million.

In the pharmaceutical and biotechnology sectors, Buffett sold the entire stakes in Biogen and Merck, sold more than 11 million shares of Abbie, and lowered the holding in Bristol- Myers-Squibb by 34%. However, Buffett bought 13 million Royalty Pharma shares and kept the same position in Teva Pharmaceutical.

Oil and gas sectors suffered the most during the pandemic, bringing oil prices down to a negative $37 per barrel on August 20, 2020. Oil producers were paid not to produce and take back the oil from the market, which triggered a worldwide production shutdown and reduced capital expenditure in hydrocarbon resources.

Coca-Cola, Verisign, and T-Mobile are among the stocks suffering a negative return.

However, Buffett’s portfolio has a deep value orientation. Despite slower growth than growth stocks, e.g. ARK Innovation ETF, Buffett’s portfolio finally catches up with growth stocks after the Federal Reserve plans for interest rate hikes to control inflation. Bottom line, value stocks may not give investors a rapid appreciation, but it offers the same return over a long period of time with less volatility compared to growth stocks.

The following is the complete list of the stocks owned by Berkshire Hathaway based on the latest 13-F SEC filing: 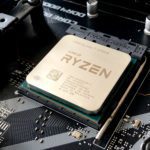