Bitcoin hit the new level while trading nearly $54,000 throughout the session today. The world’s first cryptocurrency broke the historical threshold and surpassed $1 trillion of market capitalization. Bitcoin had now gained about 456% over the past 12 months while trading below $20,000 just before the recent surge after Tesla bought $1.5 billion worth of bitcoin.

BlackRock also included bitcoin into two of its funds: BlackRock Strategic Income Opportunities and the BlackRock Global Allocation Fund [1], based on a recent filing to the US Securities Exchange Commission (SEC). BlackRock is the world’s largest asset manager with an AUM of $9 trillion. On top of that, Mastercard will allow certain cryptocurrency transactions in its network.

Based on a recent SEC filing, Tesla explains that the bitcoin purchase is part of diversifying and maximizing its cash holding return. The low-interest-rate environment makes the traditional money market less attractive for short-term liquidity management. The electric carmaker is currently holding $19.38 billion in cash and equivalent [2].

Bitcoin is the new gold

Gold is traditionally the natural choice for hedging against fiat currency’s inflation risk because of its limited supply and high mining and extraction cost. However, the digital economy has produced cryptocurrency to compete with gold as a hedge and medium to carry value. The US Government Bond becomes less attractive for the retail investors as it offers an ultra low return.

Both gold and bitcoin surged during the economic shock of the pandemic. But, bitcoin has won the popularity contest driven by the young millennial and first-time traders. The fear-of-missing-out (FOMO) and free commission trading apps like Robinhood have boosted bitcoin’s value to a new level. 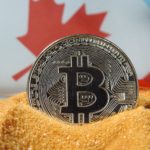