This week’s highlights and trending news:

Stock Markets: Both S&P 500 and Dow 30 had another pullback last week after the sharp increase of 10-YR bond yield. Meanwhile, Nasdaq jumped by nearly 100 points after losing weeks as the market rotates from growth to value stocks. The value stocks from the energy, retail, and airlines sector continued to recover as vaccine rollout continues. The small-cap index, Russell 2000, dropped while the volatility index, VIX, fell by nearly 3%.

Bond Market: The sharp rise of long-term bond yield both 10-YR and 30-YR has triggered pullback in the stock market as bond provides a higher return in interest rate with nearly zero risks. The long-term bond yield drives the mortgage rate, loan rate, savings account interest rate, and discount rate for asset valuation. Investors begin to cash in the profit from the rally in growth stocks during the pandemic and transfer cash to the bond market with interest rates doubling from a year ago. The capital transfer is the anticipation of an interest rate hike for impending inflation.

Oil: Saudi Aramco’s free cash flow dropped nearly 45% or equal to $49 billion in 2020 due to the drastic drop in energy demand caused by the pandemic’s economic lockdown. However, the largest oil company in the world managed to payout $75 billion in dividend while expecting $35 billion in capital expenditure.

Mining: The mining sector hit $230 billion in record profit throughout 2020 [1]. The demand for copper, steel, and aluminum continues to increase as China ramps up its manufacturing activities. Nickel, Cobalt, and Lithium demand increase at the same time the trend for electric vehicles rises. Indonesia is banning raw ore export and increasingly reinforce the regulation to construct refinery domestically, creating a global supply shortage for nickel, gold, and copper. Gold price as the benchmark for mining sector performance remains at the $1732 per ounce level.

Bitcoin: Despite India’s ban on cryptocurrency, the price of Bitcoin has rebounded back to $56,566, which, once again, surpassed the $1 trillion market valuation [2]. Bill Gates criticized bitcoin mining’s environmental impact due to large electricity consumption, many of them coming from the coal power plant. Coinbase, the largest crypto exchange in the US by volume, plans for an IPO in April this year with a $68 billion target valuation.

SpaceX is currently assembling the Super Heavy BN1 booster in Gulf Cost Village in Coca Chica designed to carry Spaceship, human, and cargo to the moon, Mars, and beyond. Super Heavy BN1 booster is an enormous rocket with a maximum load of 100 metric tonnes to Earth orbit. Together with the Starship assembly, the spacecraft will have a total height of 120 m and a diameter of 9 m, fueled by sub-cooled liquid methane and liquid oxygen propellants. The booster has six legs capable of landing back on Earth to carry another load to space immediately.

The Starship can deliver Starlink satellites to lower Earth orbit at a lower marginal cost than the Falcon rocket due to the larger payload and cargo size. The spacecraft can also carry new missions such as space telescope launch, landing on Mars, and long journey space travel. Starship is capable of entering Mars’ atmosphere at 7.5 km/second with aerodynamic deceleration. It also has heat shields with the ability to withstand multiple entries into Mars.

Japanese entrepreneur Yusaku Maezawa is the first civilian passenger on a lunar Starship mission. Recently, he announced to pay for another eight passengers to accompany him for the space flight. Along with the Super Heavy BN1 Booster, the Starship has multiple powerful Raptor engines with maximum thrust up to 2,210 kN or 500,000 lbf per engine.

Trump is in the process of launching his own social media platform after Twitter, Facebook, and other social media sites suspended his account after the Capitol Hill riots that killed more than five people. Trump’s spokesman confirmed that Trump would return to social media with his own platform to redefine the game.

The $25 billion railway deal will connect 20,000-mile rail networks connecting the US, Canada, and Mexico. The combined entity will be named Canadian Pacific Kansas City (CPKC) and based in Calgary, Alberta, Canada. The combination expects to bring $8.7 billion in revenue and employs 20,000 workers. The railway will connect oil sands producers in Alberta to ports and refineries along the Gulf of Mexico. It is good news for the Canadian oil and gas sector after the cancelation of the Keystone XL pipeline project by the Biden Administration.

The Tokyo Olympic committee issues the ban of oversea spectators to minimize the risk of the spread of COVID-19 new variants. The event organizer has issued a refund for more than 600,000 tickets purchased by international fans. The move is a setback for the Japanese economy to boast the revenue from the event, but they expect to offset the loss by increasing the number of local supporters.

Stay informed, and stay ahead with Hivelr News - Your go-to source for business, economics, and investment insights. Profile
9 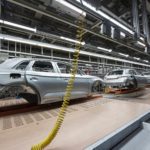