WASHINGTON DC – The US Senate passes a $1.9 trillion stimulus package on Saturday without any Republican support after a marathon late-night session. The House will vote on Tuesday before it goes to US President Joe Biden for the final signature to make it the law of the land.

The $1.9 trillion stimulus package will include $1,400 stimulus checks, $300 per week unemployment benefits for the entire Summer, $350 billion State aids, $34 billion for the Universal Healthcare subsidies, and $14 billion vaccination.

The Coronavirus relief bill approval becomes the victory symbol for the Biden administration after winning the election last year. The Trump administration could not work through the gridlock of bi-partisan approval after several fail attempts near the end of his presidency. The stimulus bills will also allow the current administration to deliver a $15 minimum wage to the campaign promise.

The Senate limits the eligibility for the $1,400 checks for the individual who makes $80,000 per year or a combined household income of $160,000. It will also provide full coverage for the Consolidated Omnibus Budget Reconciliation Act (COBRA) for unemployed Americans. Besides, the bill allows the first $10,200 of the unemployment benefits to become nontaxable for American who earns less than $150,000.

How would the stock market react on Monday after a massive sell-off and wild reversal last week?

Based on the Committee for a Responsible Federal Budget report, below is the summary of the $1.9 trillion rescue plan’s main elements. It includes the third round of stimulus checks, extension of unemployment benefits, additional tax credits, funding for education, and local governments’ support. The stimulus package will also include the vaccine distribution and $54 billion to bring up the federal minimum wage to $15 per hour by 2025.

In total, the bills together would increase on-budget deficits through 2030 by $1.94 trillion, which is slightly higher than the total envisioned for the House and Senate bills of $1.889 trillion. The overall bill will need to be made about $50 billion less costly in order to comply with reconciliation instructions in the Senate and be eligible to pass with a simple majority. 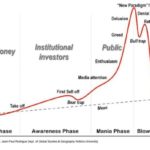