Monday will be an exciting day to see how the markets will react to Saturday’s announcement when the US Senate passes the $1.9 trillion stimulus package. The House will vote on Tuesday, and the US President Joe Biden will soon sign the bill and make it the most significant fiscal policy to-date by the new administration.

The stock market was in choppy trading sessions last week after the Federal Reserve Chairman signaled inflation’s early sign. Still, the stock made a wild positive reversal on Friday after the bond yield increase eased, and the US Department of Labor announced a substantial job gain in February.

How would the stock market and other asset classes react on Monday after a massive sell-off, wild positive reversal on Friday, and $1.9 trillion stimulus approval?

Before going into the details, let’s understand where are we now with the stock market? How big is the bubble? What is the current state of the economy? And what are the reasonable actions in responding to the wave of newly-minted $1.9 trillion of cash stimulus coming into the economy?

Asset Price Bubble: How does it work?

The chart above shows the timeline of when the bubble starts to occur, how the market participants react, and how it bursts. However, the main component to benefit from an asset bubble is identifying the long-term price trend or mean. Any asset classes like stock market index, company stocks, gold, bitcoin, real estate, and more have their own long-term price trend.

The macroeconomic environment, geopolitical factors, pandemic, market behavior, disruptive innovation, and natural disaster can influence how the asset price moves away from its natural long-term price trend. For example, US real estate was following its natural price trend until the Clinton administration deregulated the mortgage lending requirement.

The new policy relaxed the mortgage requirement and allowed less qualified people called subprime borrowers to qualify for mortgages driving the housing demand. Eventually, the actions forced the housing price beyond its natural price trend and created a massive housing bubble. In the end, the subprime borrowers could not make the payment and burst the real estate bubble. The impact started the most significant financial crisis after the 1929 Great Depression in 2008.

Where are we in the asset price bubble curve?

Let’s review each asset class’s current state and its stages in the asset bubble curve. Each market will behave differently due to its intrinsic value and correlation with other assets.

The chart above shows the SPY’s price, the ETF that tracks the S&P 500 index – the leading indicator of the stock market performance, from 1997 to 2021. After the 2008 financial crisis, the S&P 500 index price followed a consistent long-term price trend with an annual return of 10%. In general, the stock market was following its natural price trend even in the Trump administration.

However, the COVID-19 pandemic had created a significant shock and shut down the economy completely. The stock market took a sharp decline until the US government applied massive monetary and fiscal interventions. The efforts had saved the economy from a meltdown, and the stock market made a V-shape recovery.

The infusion of cash from stimulus checks and liquidity from quantitative easing has taken the stock market slightly into the “Awareness Phase” and “Mania Phase.” The additional $1.9 trillion stimulus check will drive the stock market to the “New Paradigm.” Eventually, the bubble will burst and “Return to the Mean” when the inflation hits 2%, while currently trending at 1.4%.

There is still a lot of room for the stock market to grow before returning to the mean. However, the US government and Federal Reserve are working to establish a “Soft Landing” when the inflation hits the 2% target without causing a sharp decline in the stock market.

Based on the price chart above, Bitcoin had its first bubble burst in 2018 while entering the early “Stealth Phase” in 2016 and “Awareness Phase” in 2018. The first “Mania Phase” was in mid-2018 and led to the bubble first shortly after that. However, Bitcoin entered the second “Mania Phase” in 2021 and hit a $1 trillion market valuation. So far, there is no clear pattern for its long-term price trend.

The stimulus check can trigger additional cash injection into the Bitcoin market and create another upward momentum until it establishes the long-term price trend.

The oil price has been volatile after 2001, driven by the Iraq and Afghanistan’s invasion in response to the 9/11 terror attack. The oil price was trading between $15 – $25 barrel per day between the 1980s to 2000. The massive economic growth in China and Emerging Markets in Asia have created higher oil demand, drove the oil price up, and brought up the long-term price mean of $40 – $50 per barrel.

The US’s emergence as the largest oil producer due to innovation in directional drilling and hydraulic fracturing has created a supply shock and drove the long-term price trend back to $25 – $30 per barrel.

The first gold bubble burst occurred in 2012 and has brought the gold prices from $1700 to $1100 per ounce. Currently, the gold price is bursting and entering the “Bull Trap.” The economic recovery will bring the gold price down further to its long-term price trend. Bitcoin has become new gold when it comes to the currency hedge. Bitcoin creates intense competition and makes the gold’s price correlation to the stock market diminishes.

Tesla is an excellent example to evaluate the price bubble for company stock. The chart shows that Tesla’s stock price is bursting and soon entering “Bull Trap.” However, the long-term price trend slope is very steep as the company is disrupting the automotive industry. It is unclear whether the steep price trend will sustain in the long run due to intense competition from the Chinese electric carmaker and conventional US automakers.

The stock market, bitcoin, gold, oil, individual stocks, and other asset classes will react differently to the $1.9 trillion stimulus package. The asset price bubble curve provides a tool to evaluate the current stage of each market.

This article also provides examples to help investors assess their investment portfolio and determine the next course of actions to benefit and minimize risk from the $.19 trillion stimulus package’s approval.

Stay informed, and stay ahead with Hivelr News - Your go-to source for business, economics, and investment insights. Profile
13 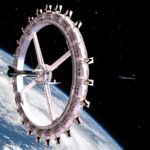